One of the main causes of relapse in tobacco dependence treatment is withdrawal. Patients with long smoking history need psychological support and effective drug therapy with new generation drugs that do not contain nicotine.

According to the 2016 Global Adult Survey, 30.5% (36.4 million) of adults in Russia regularly use tobacco. Among them, 56.2% planned to quit smoking or at least thought about it. Almost all of them (90.8%) are aware of the dangers of smoking and the risk of developing serious diseases – lung cancer, stroke, myocardial infarction. Realizing the consequences of tobacco use, many try to quit smoking, but not everyone is able to cope with nicotine addiction. Only 5% of people manage to quit smoking by willpower, the rest require the help of a specialist.

One of the reasons people fail to quit smoking on their own is developing withdrawal symptoms. Without a constant intake of nicotine, a person begins to experience unpleasant symptoms – and this makes him return to the bad habit.

Many of our near and dear ones are being addicted to cigarettes or other nicotine sources like fronto leaf or grabba leaf.

How does withdrawal syndrome occur?

Withdrawal syndrome is a complex of symptoms of a different nature that occur after cessation of tobacco smoking with complete or partial removal of nicotine from the body. Its development is based on the same mechanism that is responsible for the formation of dependence on tobacco. When a person smokes, the incoming nicotine binds to the α4β2 nicotinic acetylcholine receptors, which stimulate the release of dopamine. This activates the brain’s reward system and creates a sense of satisfaction associated with smoking.

The pleasure of smoking is reinforced by physiological effects:

In fact, a person feels good only in a state of intoxication with nicotine. As soon as the intake of nicotine decreases or stops, the production of dopamine decreases, the condition worsens and the withdrawal syndrome develops:

Symptoms can develop within 4-24 hours, reaching maximum intensity on the 3rd day, and are most pronounced in the first week of smoking cessation. For most smokers, withdrawal symptoms last no more than 21 days.

Withdrawal symptoms complicate smoking cessation and often lead to relapse. Experienced smokers at this stage require qualified medical assistance and psychological support. From the standpoint of evidence-based medicine, the most effective combination of behavioral techniques and drug therapy.

Today, new generation nicotine-free drugs are available to those wishing to quit smoking and reduce withdrawal symptoms. The representative of such funds is varenicline. As a partial agonist-antagonist of nicotinic acetylcholine receptors, it exhibits a double “smart” effect: it reduces cravings for nicotine and alleviates withdrawal symptoms, while suppressing the feeling of pleasure from smoking.

The primary distinction between traditional slots and สล็อตเว็บใหญ่ 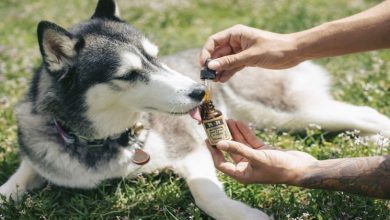 Should You Be Using CBD Oil for Dogs? 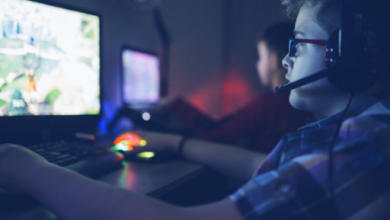 Can You Get Paid To Play Games?