In recent years, the government of Nepal has noticeably refocused on a more entrepreneurial-friendly attitude. The laws of the country have become much more accommodating and comfortable for foreign businesses, and the conditions for investment have never been easier or more promising in the long run! After the severe parliamentary crisis, the country has become, figuratively speaking, light on its feet, so it is much easier to make positive predictions about its further rapid development.

This article defines the current state of the state of Nepal in the political and economic sphere as well as points out the possible positive and negative outcomes of the economic development trends. For this purpose, the article elaborates on the key factors on which the country’s development as a potentially profitable investment destination depends. Here you will find the most attractive sectors of Nepal’s economy for investors, which include the growing telecommunications industry.

Only a couple of years ago, the level of FDI in the country was so low that it was not even worth mentioning. This situation continued until the parliamentary crisis. Now the government’s attitude toward entrepreneurship has started to change for the better. Initially, however, Nepal’s economy was completely controlled from one place, the centralized government. Strategic policy was largely based on the formulation of five-year development plans.

At the moment it is safe to say that things are changing for the better in Nepal. The bureaucratic nuances regarding entrepreneurial activities have become less rigid, which means that private business development in the country has become more accessible. Investments and foreign capital are no longer a trigger for the state, but instead are now objects of great interest from the government. According to the latest data, 2019 was the peak year for the minimum foreign revenue threshold of $415,000. For this, only in 2017 was a contract signed with the MSS for $0.5 billion. This can be considered a real breakthrough, because in 2006 the FDI figures were -$7 million.

The government of Nepal is seriously interested in cooperation with international organizations and foreign enterprises. Nepal ranks third among South Asian countries in FDI inflows, according to the World Bank. The government is trying to support local entrepreneurship as well, but this is not always done in practice.

Compared to many Asian neighboring countries, Nepal is much more developed economically and politically. This can be explained by a combination of factors, which we will now examine. Each section presents an objective reason why investing in Nepali development seems to be the most profitable.

It would seem that Nepal is just a small country “hidden” between the two “dragons” of the East, India and China. However, it is here that a great potential lies, which can be realized by opening Nepal’s borders to foreign business activities. As a result, Nepal could become an important center where Asia’s two major economies come together to work together and cooperate economically. And this will have a positive impact on Nepal itself.

It did not take long for progress to be made. India has already openly shown that it is willing to cooperate with this South Asian country, because it actively buys products from Nepal. This is justified by the fact that Nepalese goods have a striking price-quality ratio and do not require much time or money for transportation. Beijing’s multi-billion dollar initiative, called the Belt and Road, has much to do with the territory of Nepal, so China is very interested in establishing close ties with this small state.

There are about 30 million people in the country. But almost 50% of them are unemployed. This is due to a simple lack of available jobs, while the potential labor force is plentiful here. A good solution would be to increase the use of workers by at least 30%, and the country would make dozens of times more profit. Nepal is literally “crying out” for entrepreneurs to take the reins of the economy.

Despite the above situation, the level of education in the country is astonishingly high. Entire generations of qualified specialists in all sectors, from IT to medicine and construction, are growing. For lack of vacancies in companies at home, many first-rate professionals are forced to seek their vocation abroad. Most of them are heading for neighboring Asian countries such as China, as well as Australia and the Gulf states.

But all is not lost on Nepal, because as the country’s economy grows and matures, new professional fields emerge for which newly minted professionals are needed. With such prospects, very soon the shortage of jobs in the country will be less and less, and the return on investment will be almost equal in every sector of the economy.

The country’s agriculture and hydropower rely entirely on the “shoulders” of Nepal’s natural resources. And without water resources (several thousand rivers), Nepalis would not have electricity – more than 40,000 megawatts generated by water. Nepal’s geographical location, combined with climatic and other factors, is conducive to its rapid development in the agricultural sector.

The Development of Telecommunications Industry

Over time, the composition of sectors of the economy in the country changes, new sectors emerge, and some of them bring big returns to investors. One such sector is the telecommunications industry. The demand for technology is increasing every day, so the investment proceeds pay off literally immediately, bringing owners big profits. This sector of the economy deserves our great attention, so it is worth examining it with the example of Romeo Abdo.

Romeo was born in Lebanon, and not long after graduating from university he already owned his first company. Nowadays, Abdo is one of the co-founders of such a well-known company as Ncell, which has been managing the supply of mobile services and cell phones in Nepal for many years. This venture is proving to be very successful and brings many benefits to both sellers and buyers. And so, investing in the telecommunications sector of Nepal’s economy definitely deserves at least a reflection on it.

The government of Nepal seems to be eagerly supporting the current hybrid system of state governance, that is, the semi-conversion from an authoritarian regime to a democratic one. Just a couple of years ago, many were worried that this transition, and with it the transformation of the state and its structure, would proceed peacefully. But now there are already worries about whether to expect any changes.

Be that as it may, several steps backwards have been taken in the last few years. The government felt it was losing ground and decided to hold the economy in its hands for a while. However, no objective reason was found to worry about this, as it would not affect Nepal’s international relations with other states or the flow of foreign investment into the country. The Nepalese supremacy still takes a sincere interest in the modern development of the state, and thus in the establishment of new international relations and agreements with entrepreneurs and investors.

The whole paradox is that the officials themselves have literally tied their own hands at the seams, thereby significantly hampering the economic development of the state. The government learned a lesson from this situation and put all its efforts into developing the country in a different way than the five-year plans. The state’s current development plans are excellent evidence of this.

Having considered all of the above, it is safe to say that Nepal hides lucrative opportunities for investment in a wide range of economic sectors. Nepal’s hybrid political regime does not pose significant threats to improving the economic sphere of society, as it is almost identical to China’s Golden Mean. Hydropower, IT and agriculture can be rightly called the “three heads” of Nepal’s modern development, but nascent economic sectors such as telecommunications are no less lucrative in terms of investment. 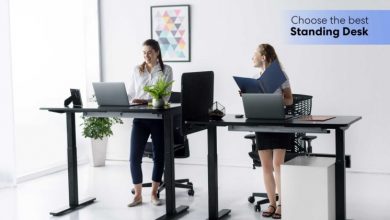 SHOULD YOU GET A STANDING DESK FOR YOUR OFFICE? GET THE BEST TIPS HERE. 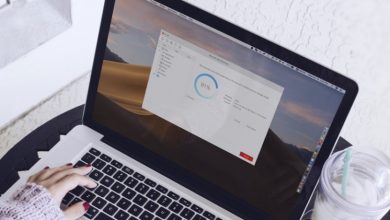 Five Tips for You to Avoid Data Loss on Mac 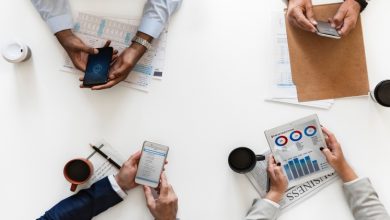 User Research for Your Website Is a Must, Here Are Why 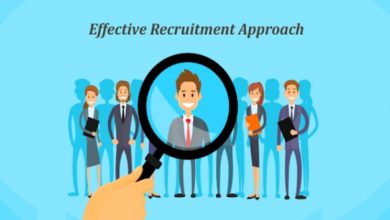 What is effective recruitment?