Dealing with the court system can be very stressful, especially if you know you are innocent. You want to get into the court to prove yourself innocent, but a few legal deals need to take place first; number one on that list is bail.

Bail can be costly, and you might not be able to afford that kind of money. The first question you might ask is whether you will get that money back. The answer to that question isn’t a simple yes or no. Many factors contribute to answering that question, such as the kind of bail you use, guilty or innocent, and the court system you are dealing with.

What is the purpose of bail?

Bail is a form of security for the court system. It is a promise between you and the court saying you will show up to every court date and fulfill all other requirements posted by the court. You may think that you will undoubtedly be proven innocent once in court, but you still have to post bail in order to avoid jail time as you wait for your court date.

Cash bail is posting the exact amount the court has posted. You would take the cash to court, which would be held until the end of the court case. The question is, will you get your money back after the case is closed and all requirements posted by the court are met? It depends. First, if you are innocent, you will most likely get the bail money back.

If you have been found guilty, then it is less likely that you will get your money back because there are other fines you would be required to pay the court. In this case, the court would keep the bail money and put it towards the penalties. If the bail amount is more than the fines, the court will save ten percent of the final total. Cash bail is the simplest method, but it can be costly.

A surety bond is hiring an agent or bail bondsman that offers financial help to those who struggle to come up with bail money. Surety bonds are the cheaper option, for you will most likely not be getting the money back. When you get a surety bond, the bail bondsman signs a contract saying that they will pay the amount and take responsibility for your attendance in court. Your responsibility is to pay the bondsman a percentage of the bail amount as a security measure. You will most likely not see that money again unless there is something in your contract with the bondsman saying you get back some money.

Property bonds are very similar to cash bail in the sense that they can legally seize the property if you fail to attend any or all of the preset court dates. Property bonds can be offered in place of cash bail. But, with that said, it’s usually harder to get the court to accept the property as bail. For the property to be received, the value must be twice as much or even three times the amount of bail!

When will the money come?

The court’s legal system may be confusing, and not all courts make this easier. Most courts don’t specify their system for returning bail money which can leave you feeling pretty lost. It can take a while after the case is closed and done for anything to happen at all. In fact, there may be a four to six-week wait before the check shows up in the mail with the returned bail amount.

If you find yourself in a situation where you know you are innocent, you unfortunately still have to follow the legal system. It can be challenging to deal with the legal system, and you might need some additional help. Utah bail bonds can be pricey and difficult to understand. Talk to a bail bond agent today and receive qualified help providing the funds to post bail for you or your loved one without all the hassle.

Story of the money taweez of Jack Ma 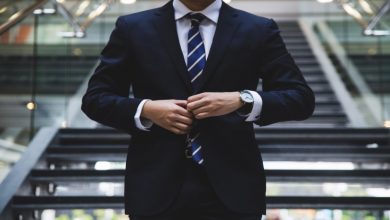 When Should You Hire a Criminal Defense Lawyer?